Skiold's Uni Mix is a gentle and reliable feed mixer. The horizontal mixer can be fitted with a pre bin and a post bin for high capacity and mixing accuracy. The accuracy is 1: 100,000.

PE Services delivers diagonal mixers, horizontal mixers, paddle mixers and small batch mixers for different purposes and capabilities. A single raw material is not sufficient to cover the feed demand of livestock such as pigs. A balanced and homogeneous diet requires the mixing of different ingredient. The type and character of the raw materials to be mixed, the mixing time are factors that has to be considered when selecting the type of  PE Services mixer. 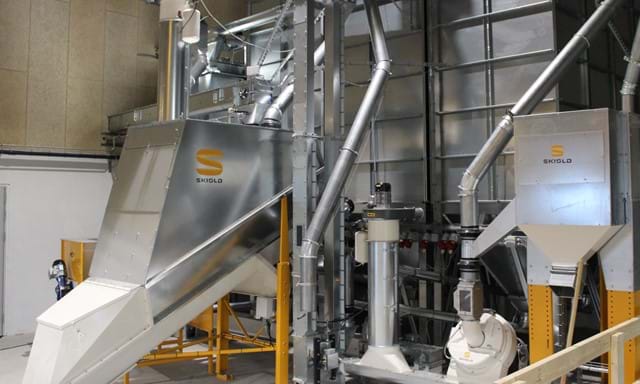 The diagonal mixer from PE Services is suitable for accurate mixing of almost any kind of raw material in the form of meal or granulate.

It is possible to add liquid raw materials, such as fat, molasses, or oil, during the mixing process.

The mixing principle based on a large, slowly rotating bottom auger is gentle to the structure of the raw materials, which makes the diagonal mixer well-suited for mixing of feed for cattle, which contains crushed material.

The diagonal mixer is available in three versions: 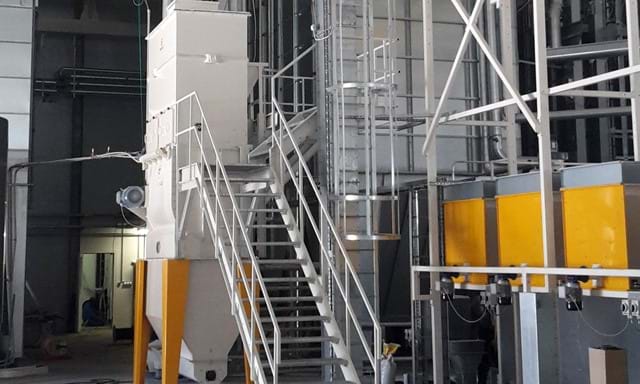 The horizontal mixer from PE Services is a batch mixer suitable for very accurate mixing of almost any kind of mealy or granulated raw material. The duration of the mixing process is 4-12 minutes, during which it is possible to add liquid raw materials such as fat and oil, as well as up to 50% corncob maize (CCM). PE Services  horizontal mixers are equipped with open double auger, and the mixing chamber is designed with the exact same cylindrical curving as the auger. This ensures a homogeneous mixing and facilitates complete emptying of the mixer.

The horizontal mixer is available in three versions:

The number of steps is based on requirements to capacity. 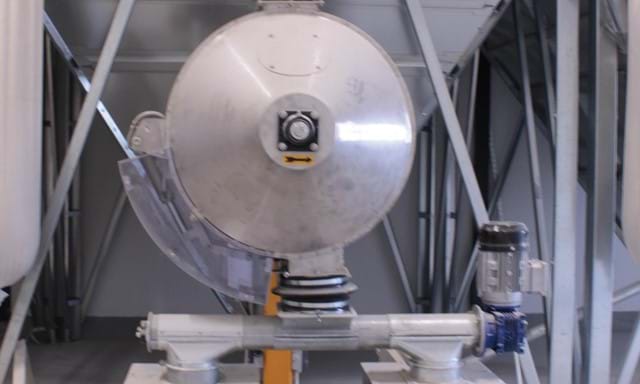 The cone mixer from PE Services is an accurate weighing bin and efficient mixer in one. The scale is constructed in heavy-duty stainless steel and is very reliable. The function of the cone mixer is to weigh out batches of 30 to 50 kg. The throttle on the mixer opens automatically by means of an air cylinder. A 300 x 300 mm discharge bin made in galvanized plate facilitates even and continuous feeding of material to the mill. A full level sensor ensures that the discharge bin always contains a sufficient quantity of weighed out raw materials to keep the mill fully loaded at all times. 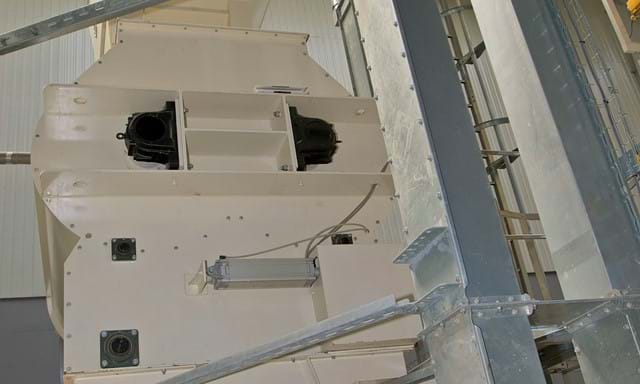 PE Services offer the twin-shaft paddle mixer which is suitable for mixing of compound feed and feed ingredients. The mixer is supplied by PE Services with a double gear box drive and is in heavy duty industrial execution. Quick filling and emptying, and full emptying through “bomb doors” are some of the advantages. It is possible to add up to 3 different liquids during the mixing process. The mixer is available with pre-bin and discharge bin. Mixing time and accuracy are verified by MTSE, Germany.

Accept All Reject All Settings